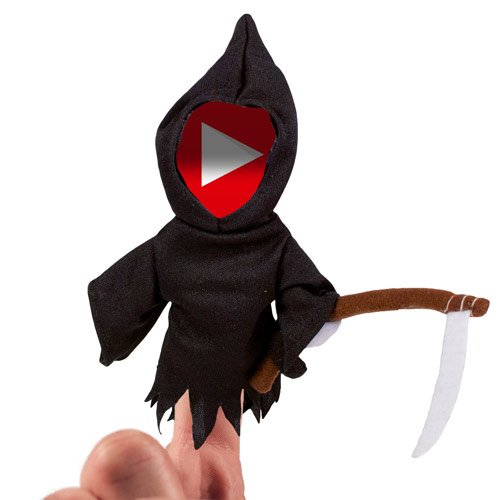 WILL A US LAW MAKE, CREATING FAMILY FRIENDLY CONTENT TOO RISKY?

So creators using the YouTube platform will have or will soon receive an email asking them to declare if their content is or isn’t made for kids.  What does this mean for content creators who make content for kids?

It is important to remember what YouTube is.    It is not a free service, it is not a free community.  YouTube is an advertising media agency!   They collect information on viewing data and user interests which one of their algorithms then uses to serve relevant content and most importantly (for YouTube) Adverts.

And herein lies the problem for YouTube, collecting data on children (A child in the US is defined as being below 13 years of age) is illegal and despite the platform being for people above that age of 13, in this modern world of cross devices it is commonplace for children below that age to use the platform.

The $130,000,000 fine issued by the FTC in the United States for being in breach of COPPA (Children’s Online Privacy Protection Act) would be just the tip of the iceberg globally if YouTube’s practices didn’t change.  It is transparently clear that YouTube wants to be compliant with the law and to shift any liability from themselves to individual creators of the content

This blog post highlights some of the information we have learned so far.

MY YOUTUBE CHANNEL IS FOR CHILDREN. WHAT CHANGES WILL I SEE?

The loss of the notification bell is colossal, this leads to the question of how will children’s content creators grow on the platform if users are not notified of new content.

HOW TO DETERMINE IF YOUR CONTENT IS MADE FOR KIDS?

This is a kerching day for lawyers!

Regardless of your location, YouTube requires you to tell them whether or not your videos are made for kids.   But let’s look at the talked about the definition of content made for kids and why there are so grey areas.

According to the FTC’s guidance on COPPA, a video is child-directed (which YouTube define as “made for kids”)

YouTube states,  when deciding whether or not your channel or video is made for kids, you should consider various factors, including:

The difference between contextualized ads & personalised ads and why it matters.

While the FTC is concerned about the privacy issues surrounding personalised ads.  It does not appear parents are not so concerned about them. The intent of COPPA is not to make parenting decisions, it is trying to put parents in control!

This new regulation doesn’t consider the responsibility of the parent.   If a parent hands a device to a child to watch YouTube, doesn’t this very much sound like consent?

AGE DEFINITION OF A CHILD IN US LAW

How old is a kid? The age of a “kid” in the United States is defined as anyone under the age of 13.

However, the age of a child/kid may be higher in other countries, so consider the factors described above as appropriate given how a kid is defined in applicable laws in your country, and consult legal counsel if you have additional questions.

WHAT IF MY CONTENT IS APPLICABLE TO A WIDE AUDIENCE, BUT NOT KIDS SPECIFICALLY?

As a creator, you know your videos and your audience best, and it is your legal responsibility to comply with COPPA and/or other applicable laws and designate your content accurately. If you fail to categorize your content correctly, there may be consequences on YouTube. Additionally, there may be legal consequences under the Children’s Online Privacy Protection Act (COPPA) or other applicable local laws.

FINES FOR NONE COMPLIANCE

Described as shooting fish in a barrel the FTC has set a $42,530 FINE per Video.   In this context, Youtube is the barrel and content creators are the fish,  see this important video from Derral Eves.

WHAT WOULD HAVE BEEN NICE TO SEE

What we personally wanted to see changing on YouTube, was the use of inappropriate content for kids and the theft of intellectual property, for example, disturbing deep fakes of Peppa Pig edited and uploaded.

What in actual fact seems to be happening, is the death of family-friendly content on YouTube, since the risks are too high with up to a 90% drop in revenue created.

We can confirm that the BoodleBobs channel has adversely affected by these changes in the COPPA law.   Our focus now is on our own website.  YouTube remains our favoured social platform.