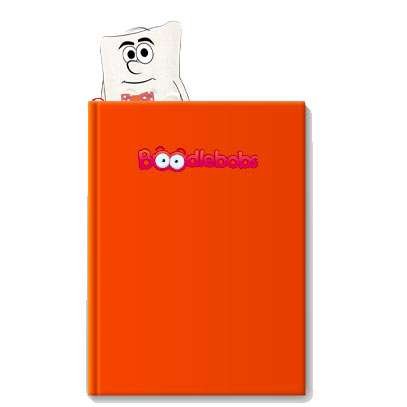 Short stories for children. This story is all about Nigel. And yes, he’s a napkin. 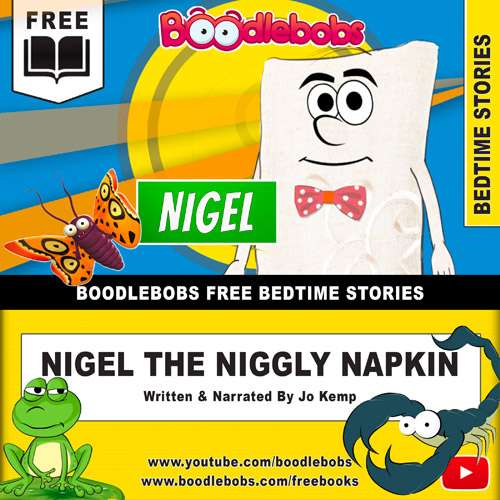 SHORT STORIES FROM THE BOODLEBOBS, NIGEL THE NIGGLY NAPKIN

BoodleBobs short stories. This is a short story all about Nigel and yes, he’s a napkin. 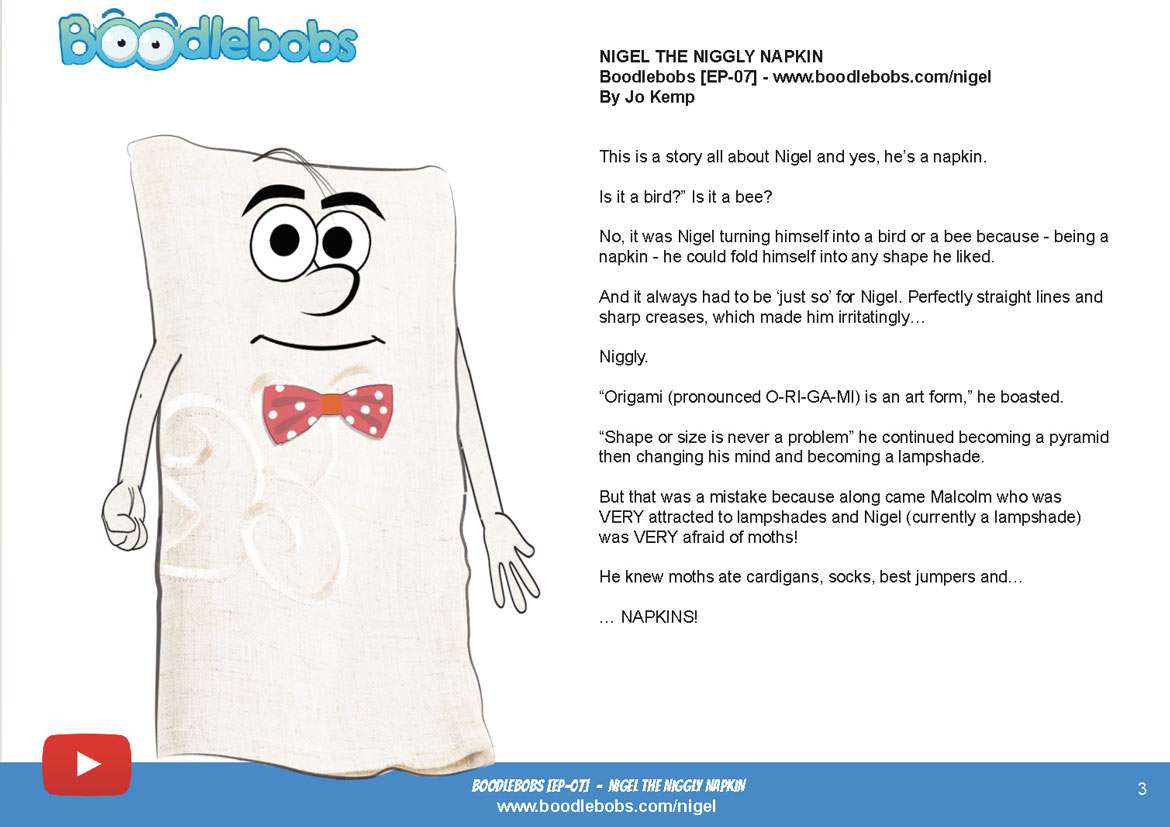 This is a short story all about Nigel and yes, he’s a napkin.

And it always had to be ‘just so’ for Nigel. Perfectly straight lines and sharp creases, which made him irritatingly…

“Shape or size is never a problem” he continued becoming a pyramid then changing his mind and becoming a lampshade.

But that was a mistake because along came Malcolm who was VERY attracted to lampshades and Nigel (currently a lampshade) was VERY afraid of moths! 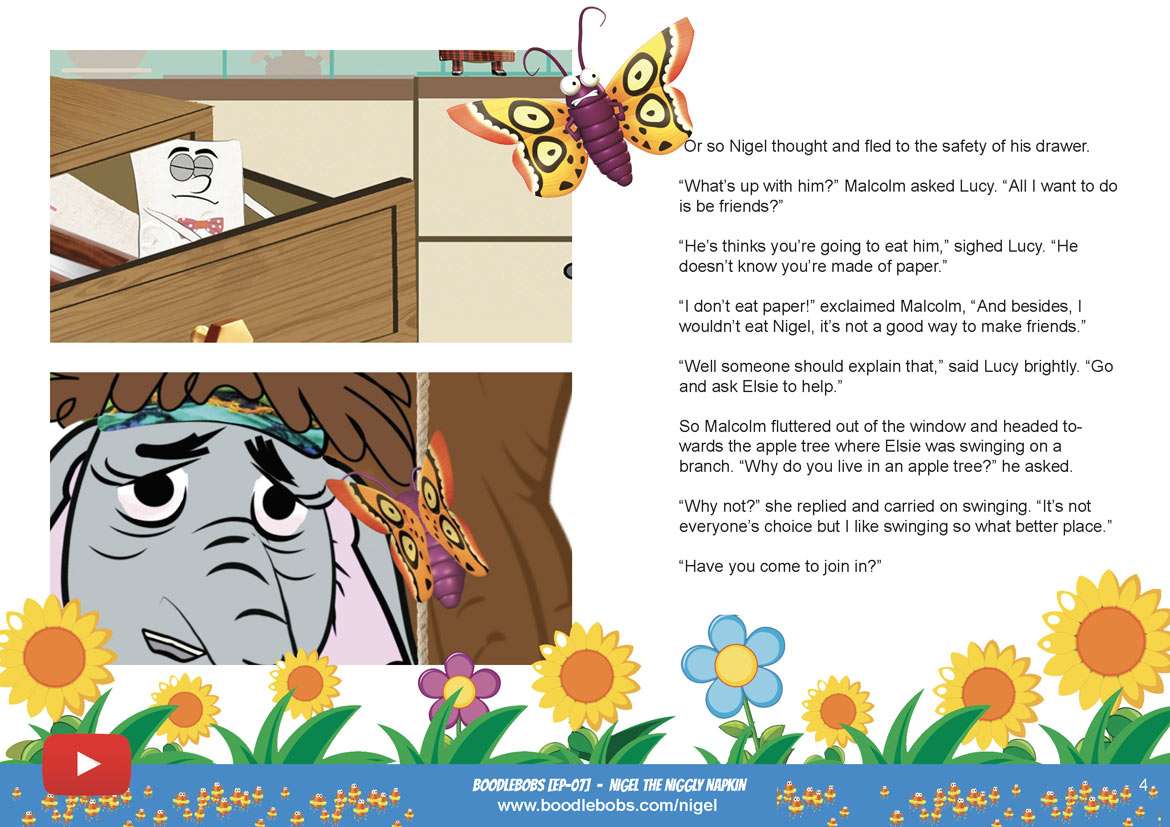 Or so Nigel thought and fled to the safety of his drawer.

“What’s up with him?” Malcolm asked Lucy. “All I want to do is be friends?”

“He thinks you’re going to eat him,” sighed Lucy. “He doesn’t know you’re made of paper.”

“I don’t eat paper!” exclaimed Malcolm, “And besides, I wouldn’t eat Nigel, it’s not a good way to make friends.”

“Well someone should explain that,” said Lucy brightly. “Go and ask Elsie to help.”

So Malcolm fluttered out of the window and headed towards the apple tree where Elsie was swinging on a branch. “Why do you live in an apple tree?” he asked.

“Why not?” she replied and carried on swinging. “It’s not everyone’s choice but I like swinging so what better place.”

“Have you come to join in?” 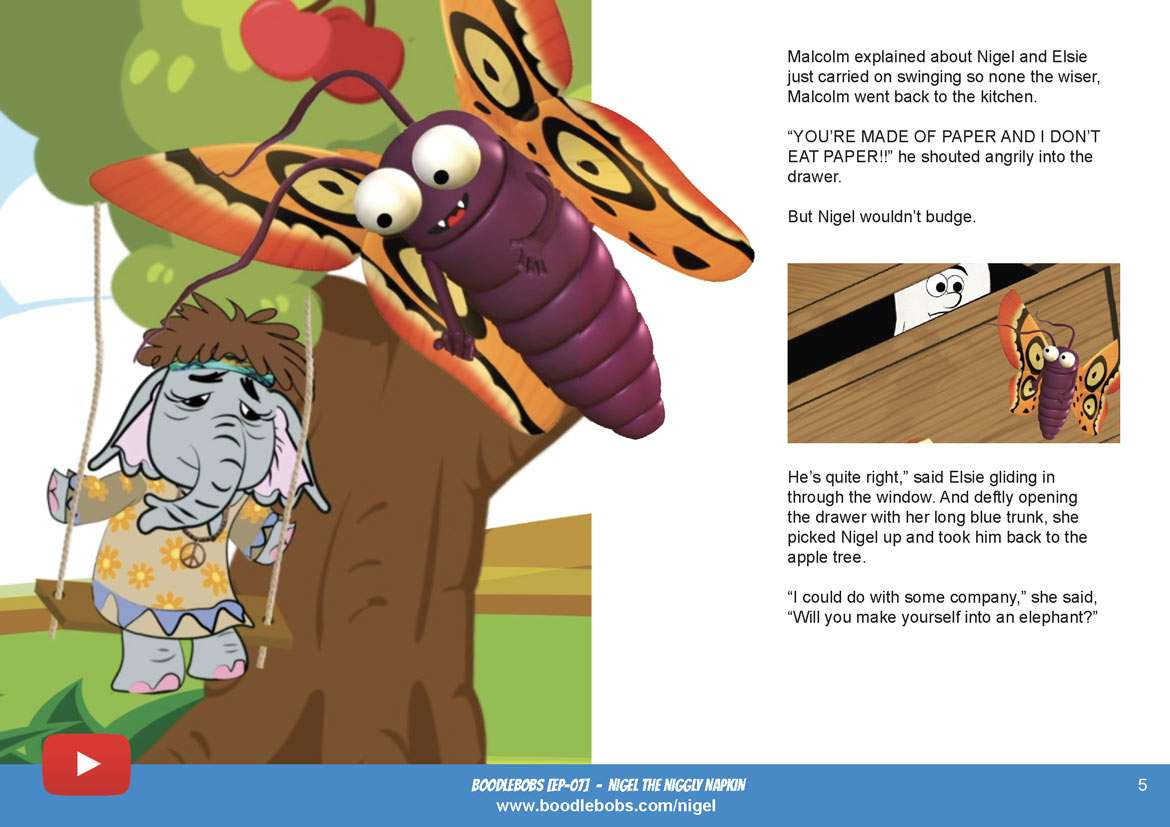 Malcolm explained about Nigel and Elsie just carried on swinging so none the wiser, Malcolm went back to the kitchen.

“YOU’RE MADE OF PAPER AND I DON’T EAT PAPER!!” he shouted angrily into the drawer.

He’s quite right,” said Elsie gliding in through the window. And deftly opening the drawer with her long blue trunk, she picked Nigel up and took him back to the apple tree.

“I could do with some company,” she said, “Will you make yourself into an elephant?” 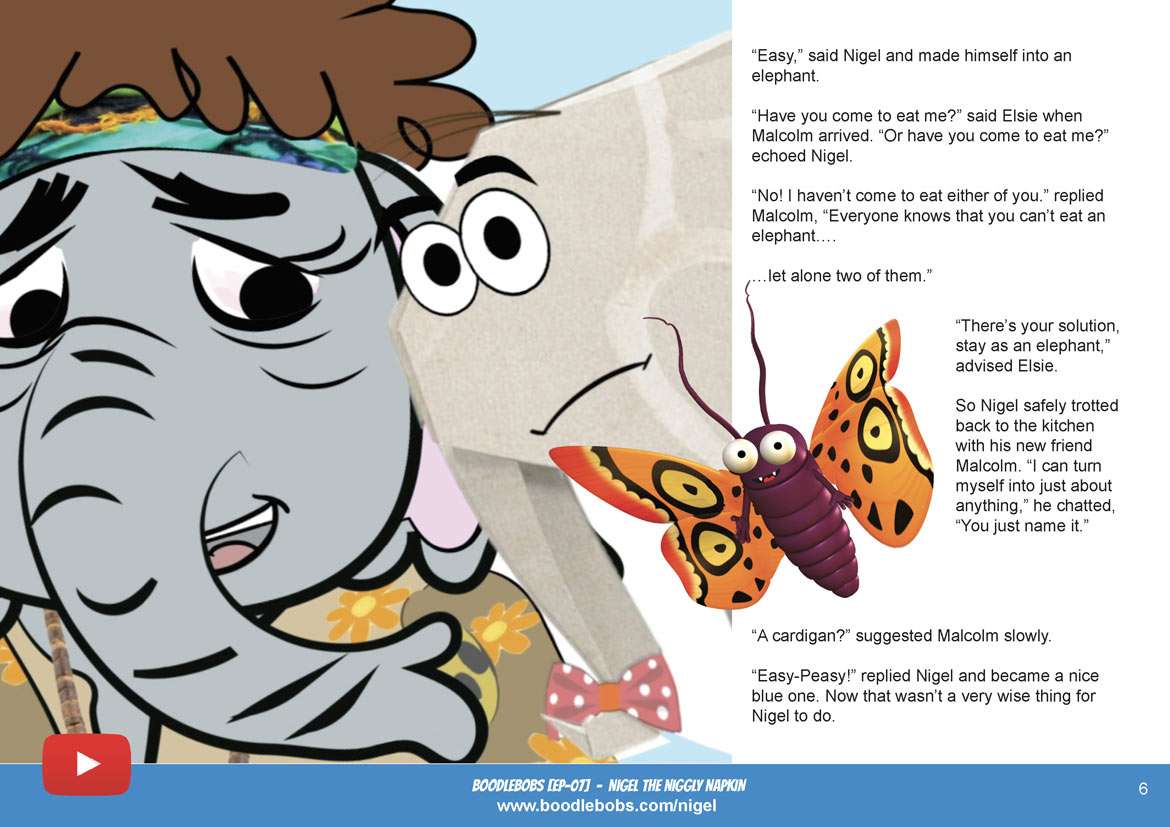 “Easy,” said Nigel and made himself into an elephant.

“No! I haven’t come to eat either of you.” replied Malcolm, “Everyone knows that you can’t eat an elephant….

…let alone two of them.”

“There’s your solution, stay as an elephant,” advised Elsie.

So Nigel safely trotted back to the kitchen with his new friend Malcolm. “I can turn myself into just about anything,” he chatted, “You just name it.”

“Easy-Peasy!” replied Nigel and became a nice blue one. Now that wasn’t a very wise thing for Nigel to do. 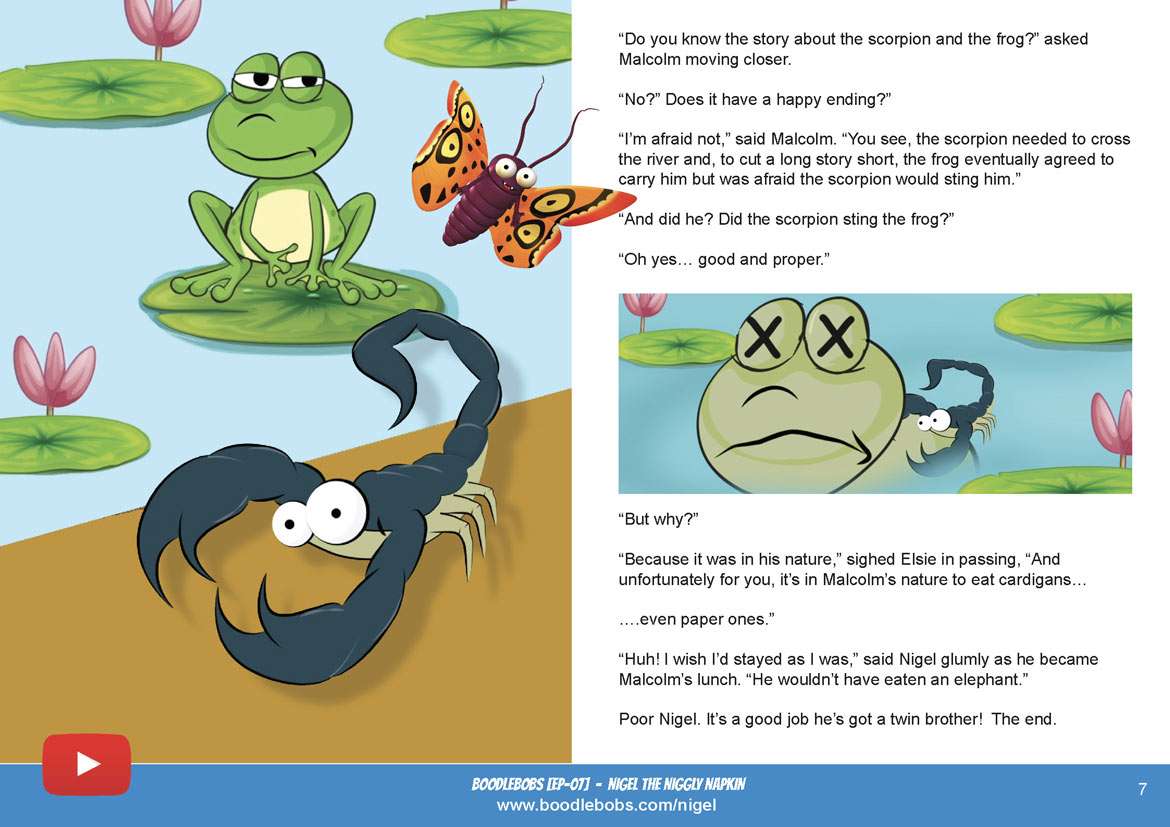 “Do you know the story about the scorpion and the frog?” asked Malcolm moving closer.

“I’m afraid not,” said Malcolm. “You see, the scorpion needed to cross the river and, to cut a long story short, the frog eventually agreed to carry him but was afraid the scorpion would sting him.”

“And did he? Did the scorpion sting the frog?”

“Because it was in his nature,” sighed Elsie in passing, “And unfortunately for you, and it’s in Malcolm’s nature to eat cardigans…

“Huh! I wish I’d stayed as I was,” said Nigel glumly as he became Malcolm’s lunch. “He wouldn’t have eaten an elephant.”

About Nigel The Niggly Napkin

Nigel is clean and fastidious. Well, he would be – he’s a napkin. He likes order and crisp straight lines, so it goes without saying that his favourite hobby or pastime is origami.

This gets Nigel into trouble as he can turn himself into anything but in the end, showing off and his own vanity gets the better of him.

Nigel’s in Australia. In Australian English, Nigel is a colloquial term for a male social misfit or a friendless person, Names Nigel. Nigel’s name meaning on Wikipedia 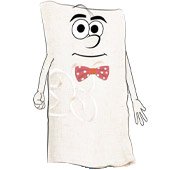 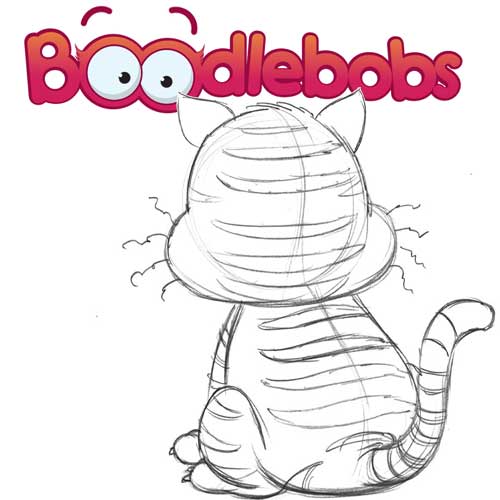 Buy one of Nigel’s recommended books from Amazon.

A to Z of BoodleBob’s Children’s Stories

Bedtime Story For Kids - Dorothy The 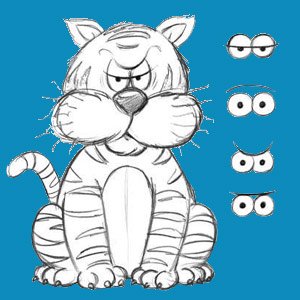 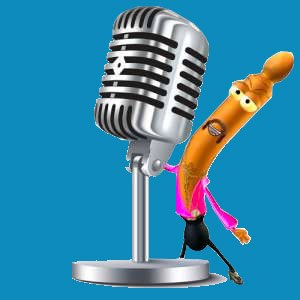 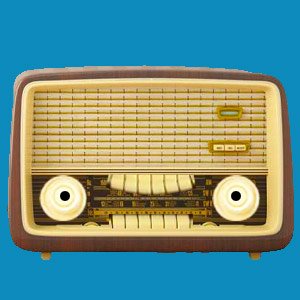