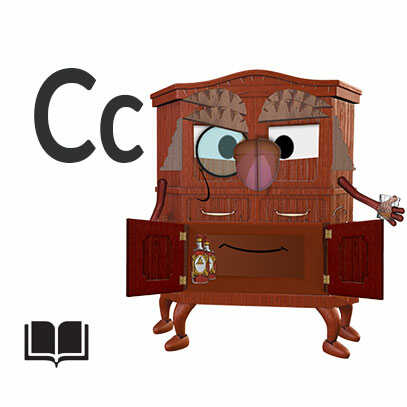 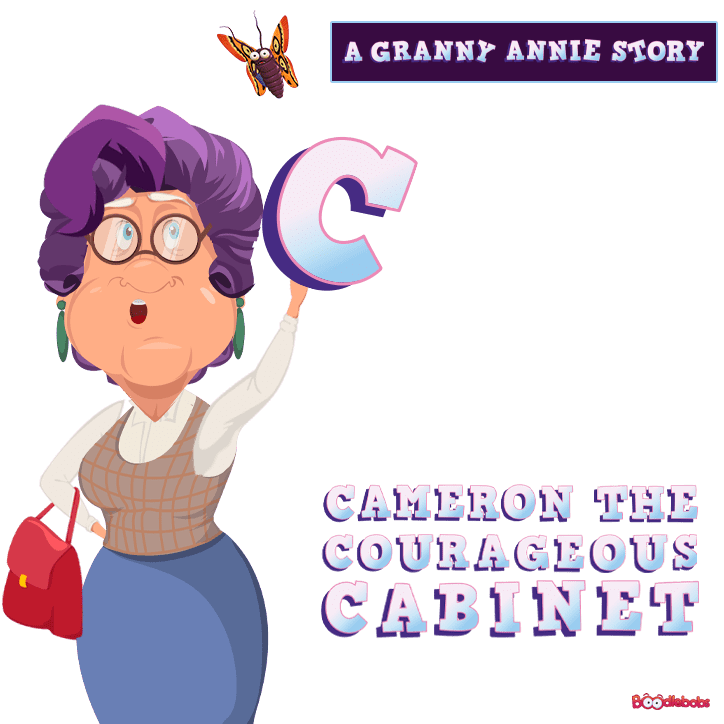 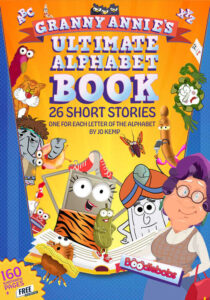 Cameron the Courageous Cabinet is a short story for kids from ‘Granny Annie’s Ultimate Alphabet Book’. Granny Annie’s book is a different approach to alphabet books insofar as it’s written to expand children’s vocabulary and their imagination.

Twenty-six stories. Every letter of the English alphabet is catered for with personalities that are engaging and lasting; in situations that young people can relate to in their everyday lives.

Cameron The Courageous Cabinet – A Short Story For Kids

This is a short story for kids all about Cameron and yes, he’s a cabinet.

Cameron had seen better days; better days than the days he now spent in the box room.

It was like a box and full of boxes. 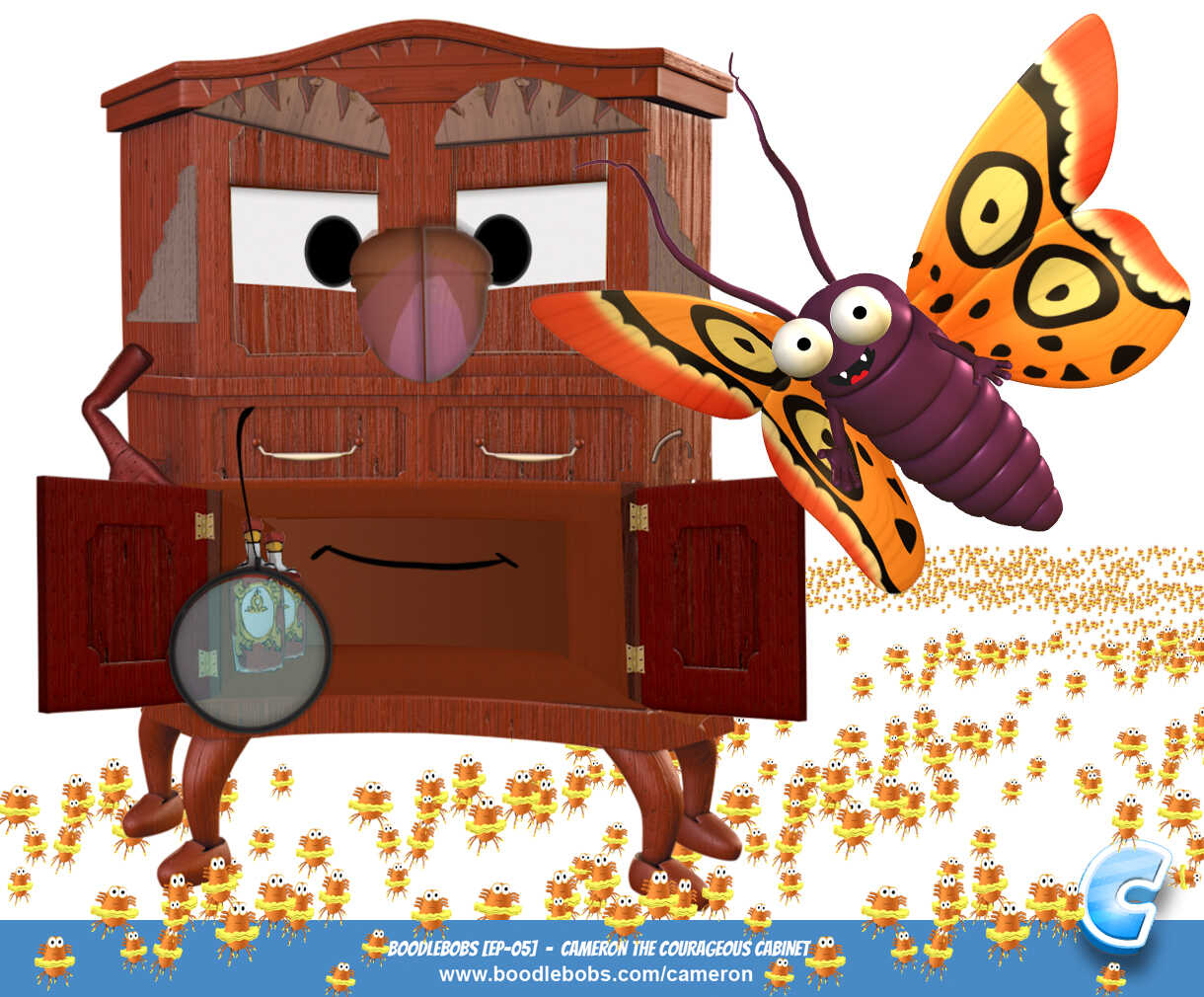 “See this scratch,” he said and Malcolm the moth looked up from his lunch – a large blue cardigan.

“Bermuda?” said Malcolm brightly, “You mean like the shorts?” 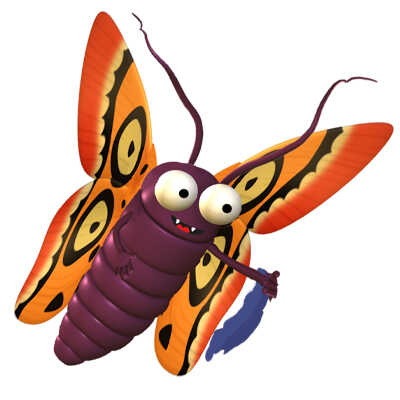 Cameron liked to boast he’d been everywhere and had fought lions, tigers, and elephants. Malcolm knew all the tall stories and believed none of them.

“I’ve been around you know…” he continued.

“I haven’t.” piped up a tiny voice,” I’ve never been anywhere except this room.” 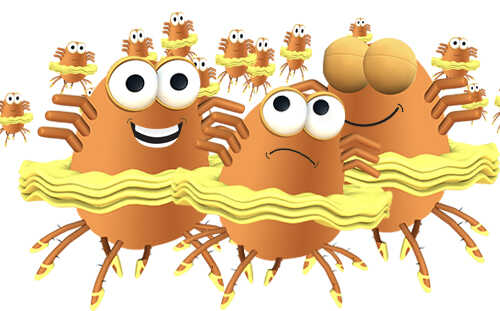 “Nor have we!” chorused his friends, “We’re just House Mites and that’s where we stay….

And it occurred to Malcolm that he’d never been anywhere either.

The only thing he’d been around was a light bulb. 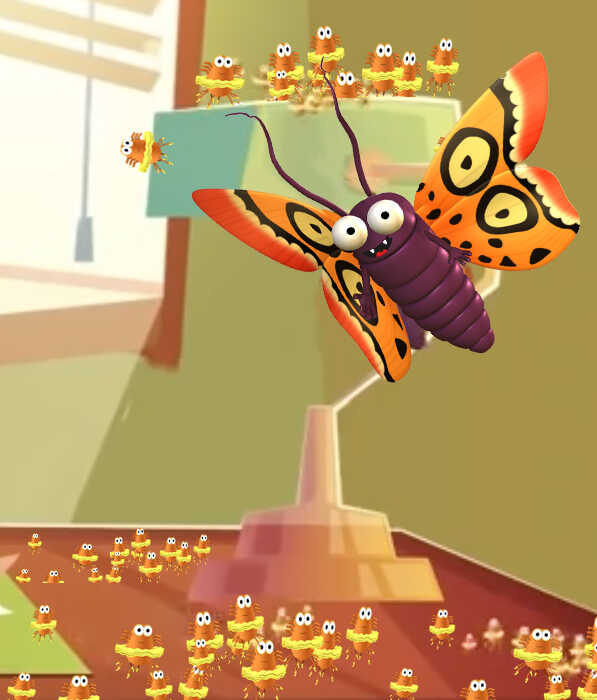 “We need a holiday!” he exclaimed, “And Cameron…

…you could take us…

“To the seaside!” sang all the House Mites.

“Hello sea… with you and me we make eighty-three!”

Now hang on a moment,” protested Cameron, ”Fighting in the jungle is one thing but the seaside…no, I don’t think so.”

“Why not?” said Malcolm.

“Ummm… because I don’t know the way!” he answered quickly.

Malcolm felt so disappointed, as too did the House Mites.

“It’s not that simple!” protested Cameron. 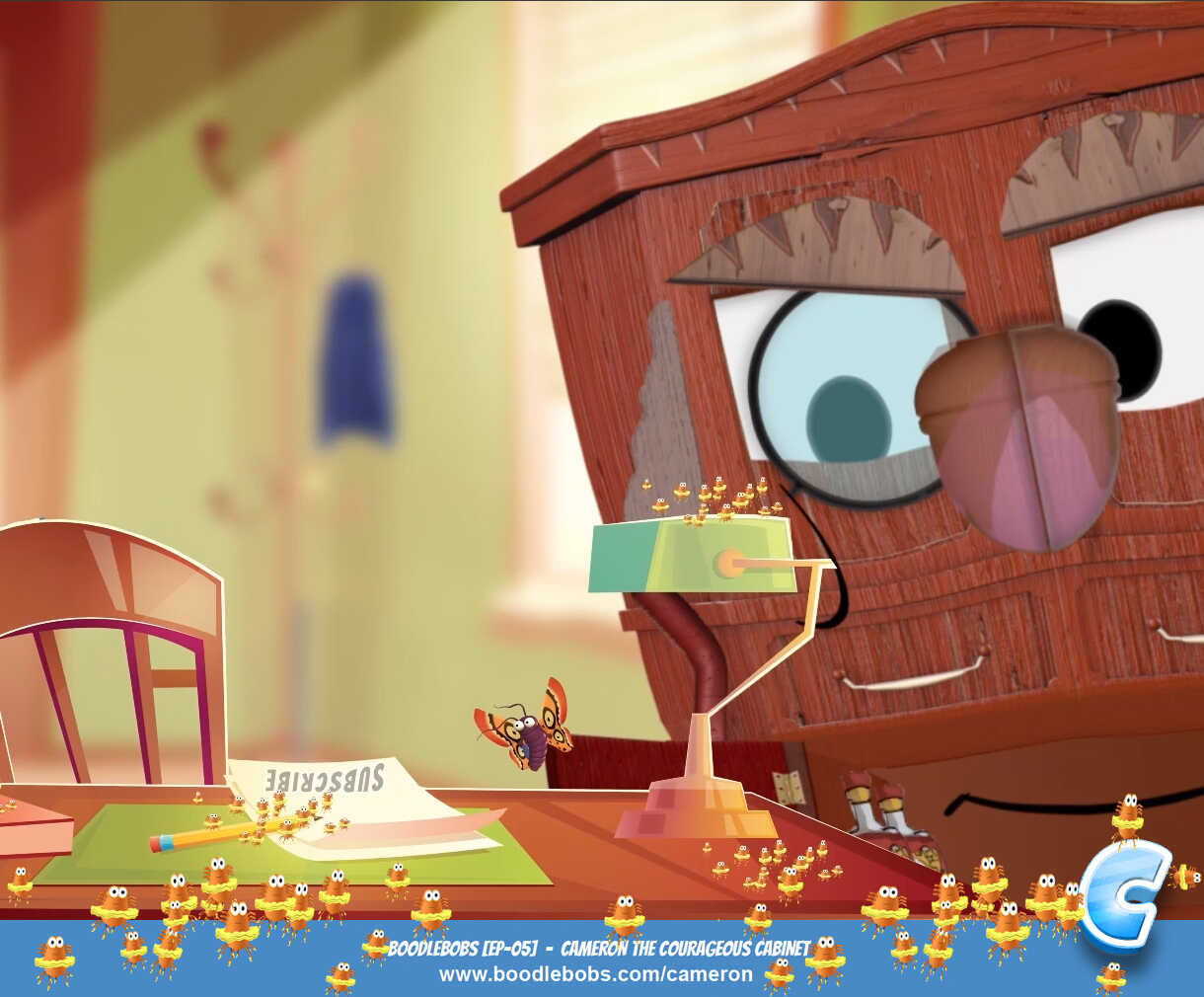 “Oh go back to fighting in the jungle,” muttered Malcolm.

You see, Cameron’s stories were one thing but they weren’t actually altogether…

But he couldn’t tell them that!

Then he thought about it, “Well…” he smiled. “I suppose we could ASK someone the way to the seaside!”

The next morning, everyone awoke very early.

“All aboard!” said Cameron counting the House Mites into his drawer while Malcolm fluttered down onto his shoulder as they trundled out of the door.

But which way to the seaside? 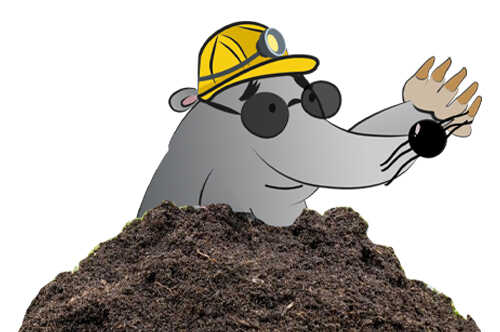 Before they could decide, or even take a guess, Mole (who knew everything) surfaced from deep underground.

“It’s that way,” he said twitching his nose. “Everyone knows you just follow your nose”.

So they did and in no time at all they arrived at the seaside.

“We’re at the seaside!!” squealed the House Mites in delight as they buried into the sand making sandcastles.

Malcolm gazed out to sea, “Oh! Look at the boats!” he pointed and this gave Cameron another idea.

“This morning I was a cabinet and now I’ll be a boat!” he laughed. “All aboard!” he called for the second time that day as he flung himself into the waves. 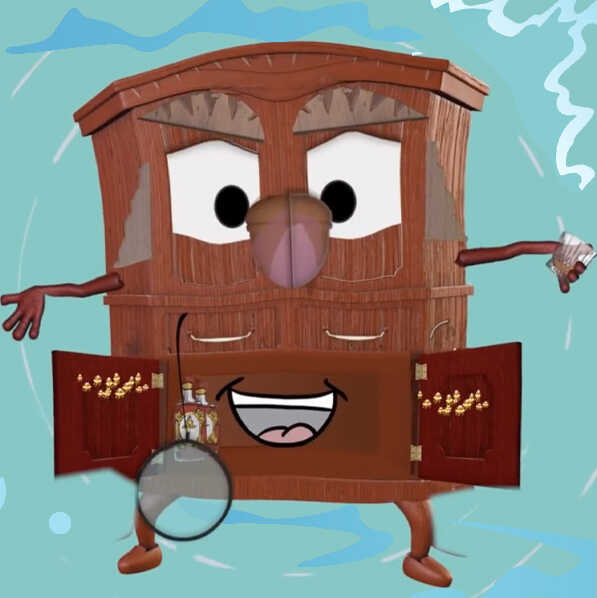 So he rummaged around and pulled out an old, not-yet-moth-eaten jumper. They found some coat hangers and soon they’d made a rather good sail.

Malcolm wasn’t happy – he rather fancied having the jumper for lunch – but he soon changed his mind as the wind took them. 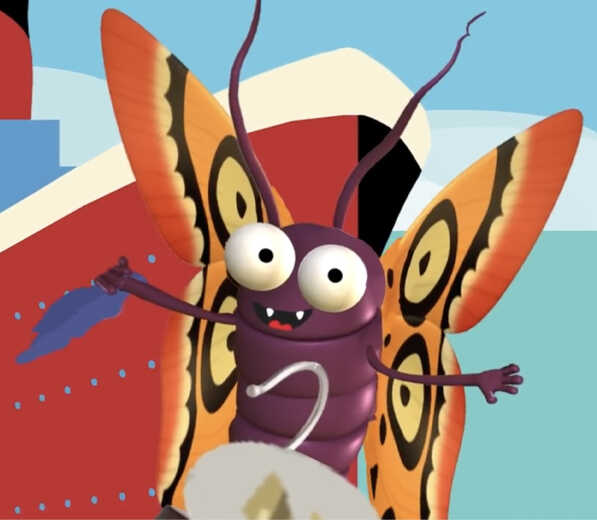 They went so fast!!

So there they were.

One old cabinet that was now a boat.

One old cardigan that was now a sail.

Eighty-one House Mites having the time of their life and a moth happy to have the wind in his wings.

“Can you see what I can see?” said a seagull watching from the beach.

“No,” replied the seagull’s friend. “What I THINK I can see is too silly for words…”

“So I think it’s best to say nothing.” 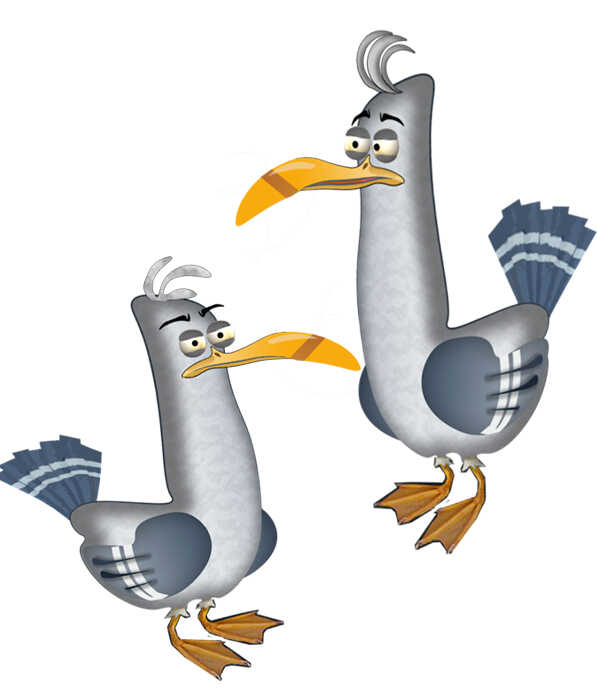 About Cameron The Courageous Cabinet 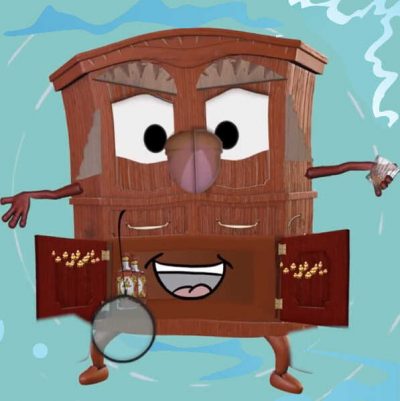 C is for Cameron: Cameron the Courageous Cabinet
Cameron likes to boast he’s been everywhere and has fought lions, tigers, and elephants.

Cameron is akin to a favourite uncle or adopted relative who’s strictly old school.
He’s a confirmed bachelor (at least in spirit) who tells tall stories about far-away places, most of which have been gleaned from magazines and/or military autobiographies, rather than from actual first-hand experience.

He’s a great storyteller and can always be found clutching a glass in need of topping up. Being a military sort – army protocol is his protocol too – but it’s nice to know that underneath it all, Cameron has a kind heart and is essentially a big kid.

This story is one of the 26 stories which you can find in ‘Granny Annies Ultimate Alphabet Book’. 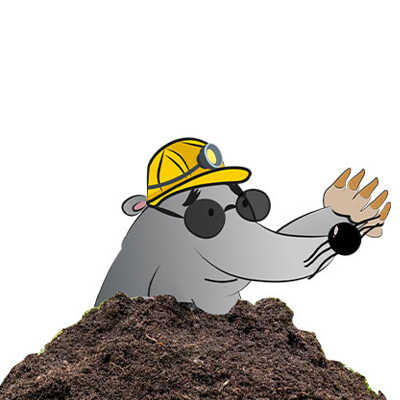 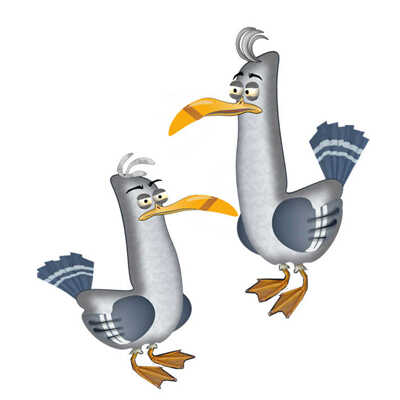 This is a pre-release version of Cameron’s cartoon and can only be found on this website.

Stories From The Ultimate Alphabet Book

Reviewed in the United Kingdom on 19 April 2021

There’s something immensely satisfying about the letters of the alphabet. They offer no limit to literary invention, and to base a book on the twenty-six letters in the English language one can always be sure of one thing – that there is a beginning and an end, and how vital that is with a children’s story, be it read to them or by them!    The title page reveals that the book was something of a labour of love.
The author’s son, illustrator, designer, sound producer and animator, LUKE KEMP so enjoyed the stories of the handful of ‘letter’ characters his mother told him as a small child that he pressed her to complete all twenty- six, so – quite touchingly – here they are!  Read more

This is a story all about Dorothy and yes she’s a doughnut.

This is a story all about Eva and yes she’s an egg timer.

This is a story all about Frank and yes, he’s a frisbee. 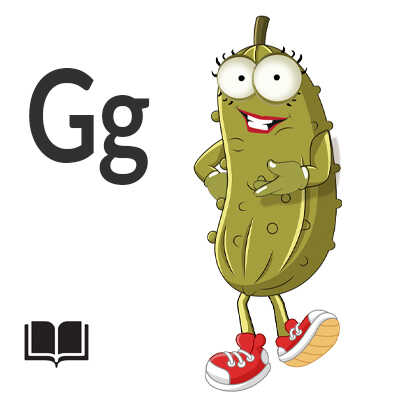 This is a story all about Glenda and yes she’s a gherkin. 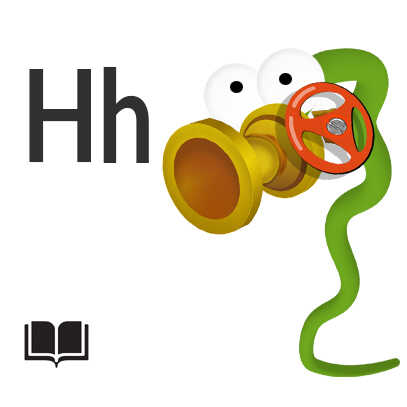 This is a story all about Harry and yes he’s a hosepipe. 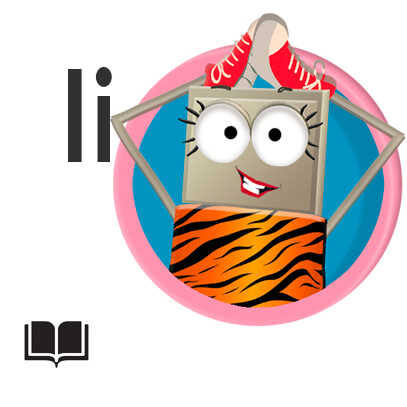 Ida the Incredible Ironing Board

This kids book online is all about Ida and yes she’s an ironing board.

I For Ida
FULL A TO Z OF ULTIMATE ALPHABET STORIES